In 1950, mathematician Alan Turing was first to consider whether machines could think.1 He examined the idea in his paper “Computing machinery and intelligence,” from moral, existential, and scientific angles.2 Adapting a 19th century pastime called the “imitation game,” which focused on gender identification, he set up an experiment to see if an interrogator could tell if a human or computer was answering a series of questions.3 If the questioner ultimately identified the computer as the human — in other words — could not distinguish between the two, the machine won the game and was deemed as thinking. This concept is now known as the Turing Test.4

JUMP TO A TOPIC: 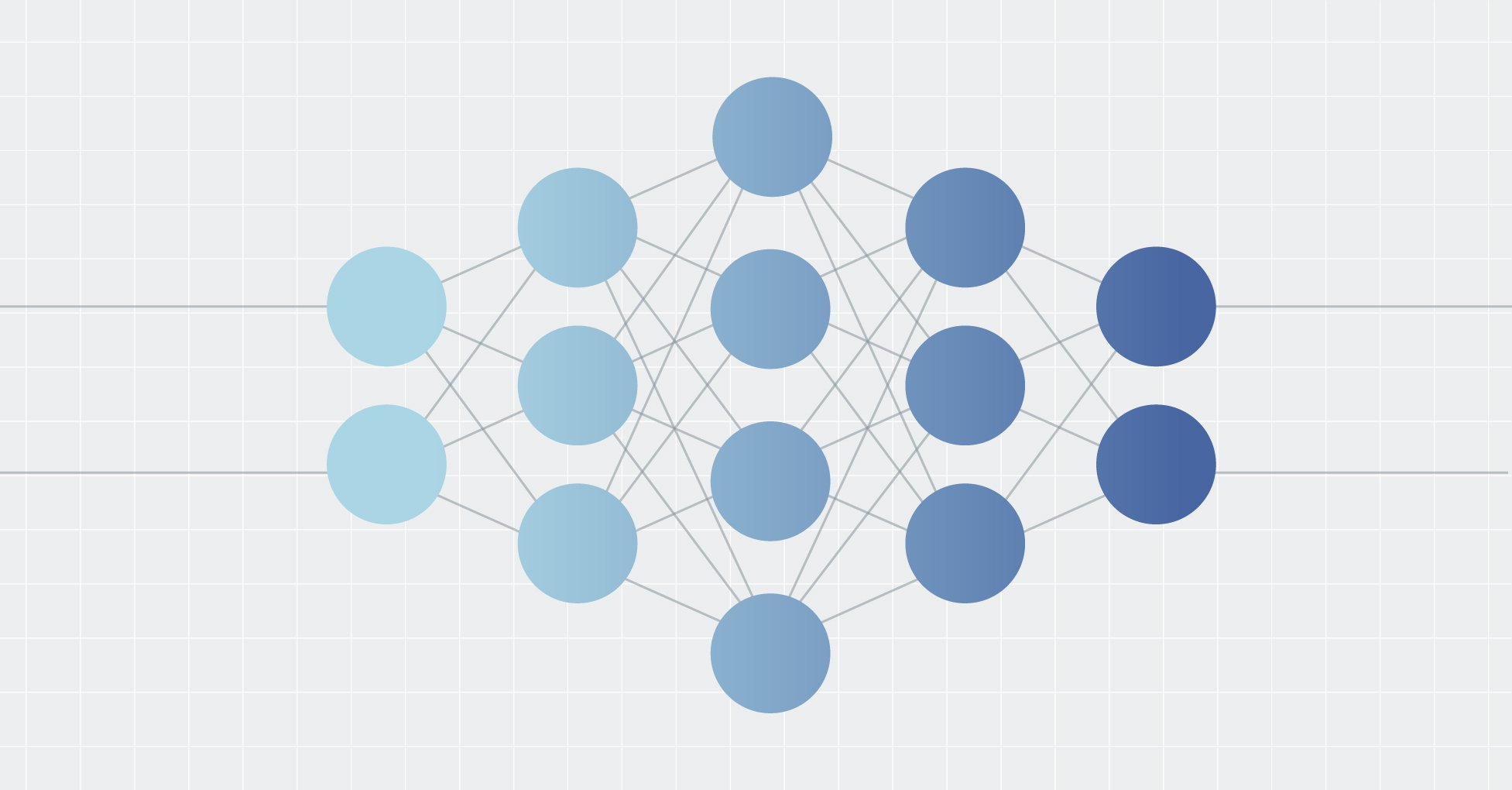 Five years later, Herbert Simon, Allen Newell, and John Shaw came up with the “Logic Theorist,” which is credited as the first artificial intelligence (AI) program.5 It was designed to use logical reasoning to prove mathematical theorems. The program was able to skillfully solve theorems found in Principia Mathematica, a work that aimed to prove that logic resides at the root of all mathematics.6

We can’t know for sure whether Turing, Simon, Newell, or Shaw even imagined the realities of AI today, nor can we envision what the next 50 years will bring, but the June 2021 launch of President Biden’s National Artificial Intelligence (AI) Research Resource Task Force demonstrates a strong belief in the possibilities.7 The group’s goal is to “write the road map for expanding access to critical resources and educational tools that will spur AI innovation and economic prosperity nationwide.”

What is AI? The Medical Futurist website offers this definition: “Artificial intelligence refers to intelligence demonstrated by machines. Through algorithms, or a set of rules, which the machine follows, it mimics human cognitive functions such as learning and problem solving.”8 Simply put, AI is the ability for a machine to imitate human intellectual behavior.

For context, it’s worth noting the differences in the terms around AI, including machine learning and deep learning.

While AI has existed for nearly a century, technology today — computing power, capacity, and speed — is making more applications possible in all industries. Specifically in healthcare and pharmaceuticals, ABI Research predicts that AI spending will increase more than 330% over the next five years to $2 billion.12 During the same period, Accenture analysis calculates $150 billion in savings for the US healthcare economy from key clinical health AI applications.13 Accenture puts robot-assisted surgery at the top of the savings list ($40 billion potential), but AI stands to transform more than just the operating room.

“The future health index” report from Philips looks at how healthcare leaders are meeting demands today, while offering insight into what’s next — especially when it comes to digital technology. The study calls AI “a powerful enabler of operational efficiency and improved diagnosis and treatment.”14 So much so, that within three years, 40% of healthcare leaders plan to invest in AI.15

According to the index, investment priorities include, in order: optimizing operational efficiency, integrating diagnostics, predicting outcomes, and clinical decision support. This will be especially important as the population ages and a deficiency in the healthcare workforce increases.

A McKinsey Executive Briefing notes that “by 2050, one in four people in Europe and North America will be over the age of 65 — this means the health systems will have to deal with more patients with more complex needs.”16 The briefing goes on to say that preemptive, future-focused care will be needed to handle the aging population effectively. The American Hospital Association estimates that in even less time (by 2032), the United States will experience a shortfall of more than 100,000 physicians, additionally, at least 200,000 nurses will need to be hired each year to meet increased demand and replace nurses who are retiring.17

McKinsey believes that AI has the potential to help overcome these challenges by filling in gaps to improve the productivity and efficiency of care delivery. According to McKinsey, healthcare practitioners who leverage AI will likely have more time available to look after patients. Researchers Yan et al. explain, “By using big data analysis (AI can analyze extremely large data sets that are difficult to analyze by traditional data processing methods),18 AI algorithms can often provide more accurate results for patient prediction . . . AI will enhance the advancement of smart medical and precision medicine, which will reduce patient waiting time and cost, and obtain safe, convenient and high-quality medical services. Therefore, the implementation of deep learning of AI will benefit cardiovascular medicine.”19

Researcher Steffen E. Petersen echoes this optimism in his paper — “Artificial intelligence will transform cardiac imaging — opportunities and challenges.” He believes AI will change heart healthcare as we know it. “Cardiac imaging and imaging of other body parts is likely to be at the frontier for the development of applications as pattern recognition and machine learning are a significant strength of AI with practical links to image processing. Many opportunities in cardiac imaging exist where AI will impact patients, medical staff, hospitals, commissioners and thus, the entire healthcare system.”21

It's all in the algorithm.

While these are just a few examples, and the range of applications for AI in healthcare is untold, there are important differentiations in the computing capability and data needed. For example, the AI required for image processing is different than that required to analyze the continuous stream of electrocardiogram (ECG and EKG) data collected through ambulatory cardiac monitoring (ACM). ACM generates millions of heartbeat data per person, which require deep learned algorithms to efficiently and sensitively parse through.

Essentially, the key to powerful AI, is powerful algorithms, and deep learned algorithms require a large amount of quality data to be accurately trained. Such precision is especially critical for cardiac monitoring algorithms that inform definitive diagnoses and care decisions.

“For true medical benefit, however, the challenge lies in analyzing the vast amounts of data—often hundreds of hours’ worth per person—to distinguish reliably between harmless rhythm irregularities and potentially life-threatening problems. Now, NIH-funded researchers have found that artificial intelligence (AI) can help,” writes Dr. Francis Collins in the NIH Director’s blog.24

What deep learning means to ECG interpretation and doctors.

Dr. Martin Maron, director, Hypertrophic Cardiomyopathy Center; co-director, Cardiac CT and MRI; assistant professor, Tufts University School of Medicine, believes deep learning algorithms are particularly well suited for ECG interpretation due to their ability to recognize patterns. He says, “When you apply deep learning to ECG interpretation, this technology can reliably, and efficiently, and accurately detect different types of arrhythmias, in a manner that is as reliable as human, expert board-certified cardiologists. Therefore, [it] may provide an adjunct to human-expert interpretation to make the overall assessment of identifying abnormal rhythms in EKGs much more reliable.”

More efficient ECG interpretation, he explains, “will help with the overall clinical throughput of physicians as well, making their practice easier.” Ultimately, patient care will be improved. Research conducted in collaboration with the Stanford Machine Learning group, authored by Awni Y. Hannun et al. supports this thinking. In the study published in Nature Medicine, “Cardiologist-level arrhythmia detection and classification in ambulatory electrocardiograms using a deep neural network,” researchers found “that an end-to-end deep learning approach can classify a broad range of distinct arrhythmias from single-lead ECGs with high diagnostic performance similar to that of cardiologists.”25

The continuing promise of AI.

A 2020 paper from the Mayo Clinic, “Artificial intelligence in cardiology: present and future,” highlights recent significant achievements with AI in a range of areas in cardiology. Overall, the researchers believe AI will become increasingly more important to the discipline.

They outline factors that influence the effectiveness of AI within medicine. The paper says: “Artificial intelligence requires a close collaboration among computer scientists, clinical investigators, clinicians, and other users in order to identify the most relevant problems to be solved. Best practices in the generation and implementation of AI include the selection of ideal data sources, taking into account common challenges during the interpretation, validation, and generalizability of findings, and addressing safety and ethical concerns before final implementation. The future of AI in cardiology and in medicine in general is bright as the collaboration between investigators and clinicians continues to excel.”26

And, although it’s nearly three-quarters of a century after Turing concluded that we have a long way to go in AI27 — granted, progress has been made — Ann Marie Navar, MD, PhD, associate professor, UT Southwestern Medical Center still sees AI as a nascent area in healthcare. In an article from TCTMD, she says, “We're going to look back on how we're talking about AI now and laugh a little bit at trying to capture basically an entirely huge set of different technologies with a single paintbrush, which is pretty impossible.” According to the same article, Jai Nahar, MD at George Washington School of Medicine, believes the “prediction of disease and precision medicine” are two of the biggest opportunities for AI. Navar suggests rather than artificial, cardiologists considered the intelligence we have today as “augmented” since the human factor remains essential.28

It's important to note that AI healthcare applications are meant to supplement human capabilities, not replace them. Sermesant says: “AI algorithms have the potential to enrich the amount and the robustness of information extracted from cardiac images, while at the same time redistributing physician time and work towards patient interaction and complex decision-making tasks.”29

Learn more about AI-powered cardiac monitoring with iRhythm's Michael Coyle and Dr. Mark Day in this episode of The AI Health podcast.

Also see
How accurate are cardiac monitor algorithms?
AI can classify arrhythmias with high diagnostic performance similar to that of cardiologists.
The case for AF as the next vital sign.
Why screening for silent AF could advance US population health management.
Achieving more efficient patient outcomes.
Desert Oasis improves resource utilization and avoids costly repeat testing.